It is our fathers who show us how to navigate the world. Joe Kennedy the father of Jack pushed his son into the presidency he himself could not attain. And Frank Nixon, the father of Dick, taught his son to hate which in politics is a form of navigation.

Dick and Jack takes place before JFK’s election in 1960 while Nixon was Vice-President and the two were still friends. The film concludes with Kennedy as President who no longer seeks his father’s help. Needing to shape others, Joe replaces Frank as Dick’s father. Nixon wisely learns under the tutelage of his new father how to temper his hate and achieve the presidency in 1968. 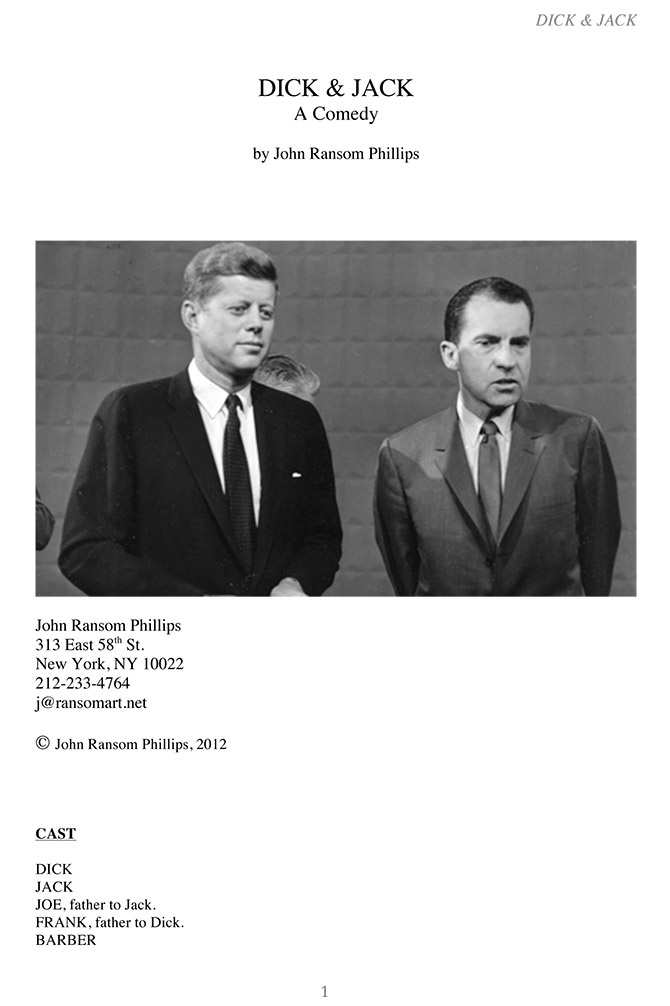 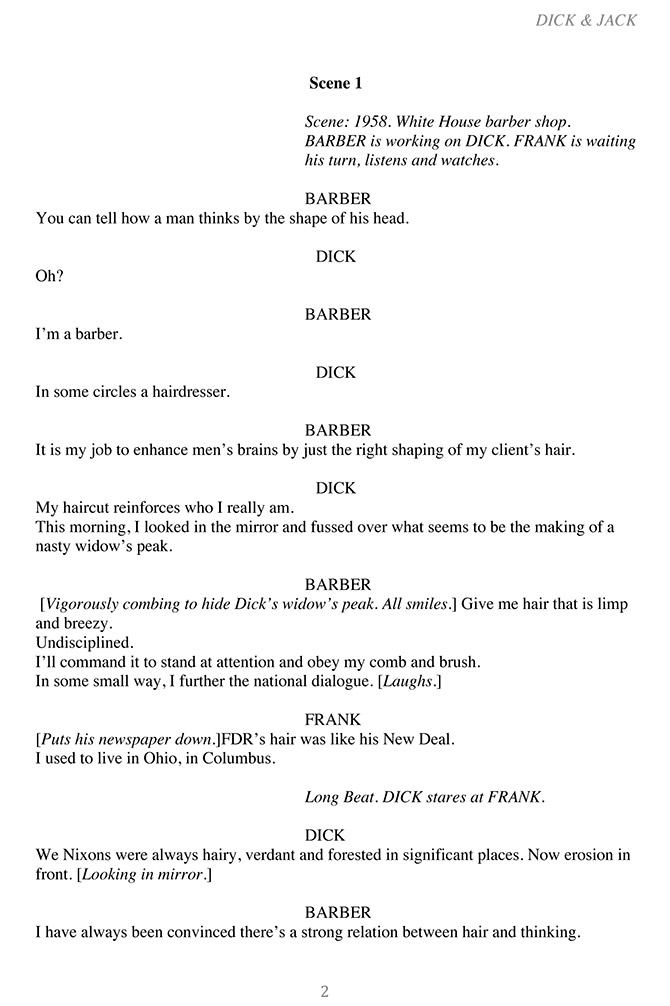 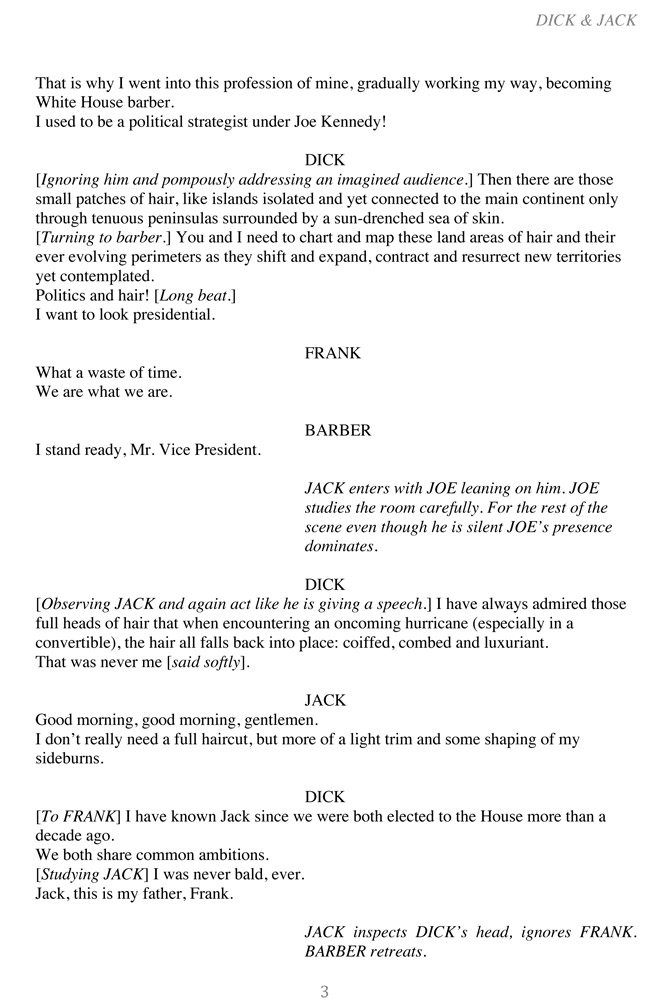 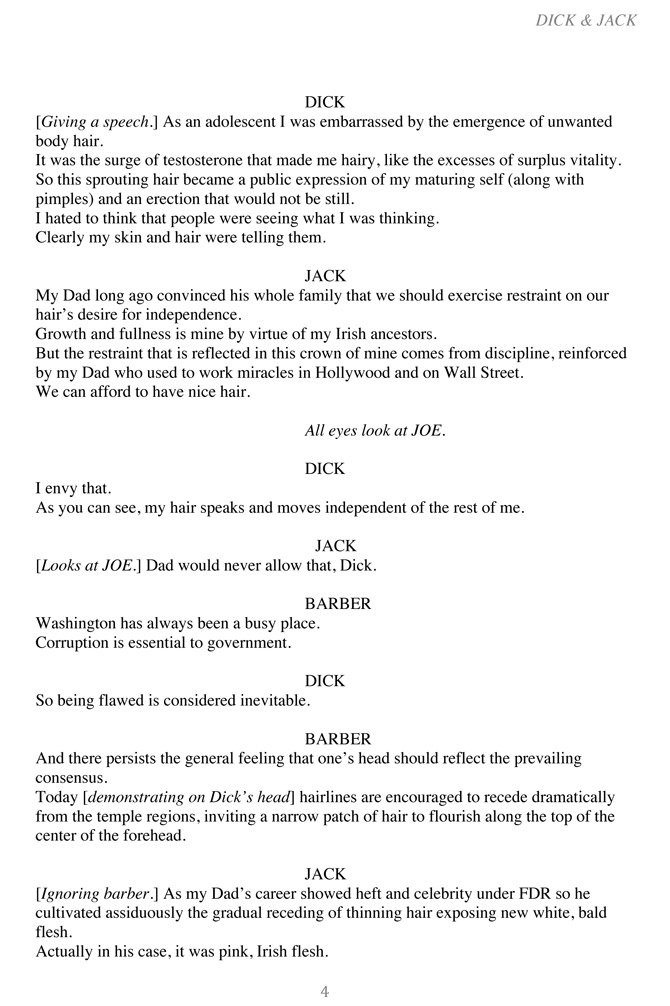 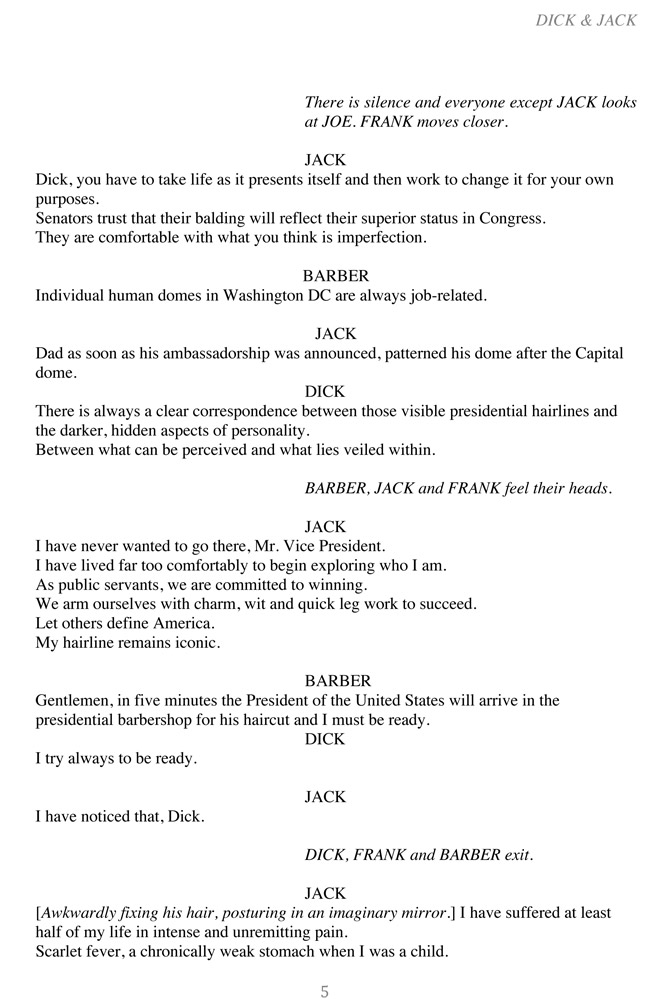