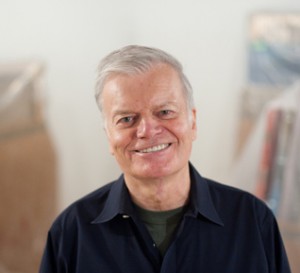 Working across various mediums - painting, film, theater and poetry - John Ransom Phillips lives and works in New York but has spent significant periods of time in Europe and Egypt. While continuing his painting and creative writing, he completed his BFA at the San Francisco Art Institute and Ph.D. at the University of Chicago.

Having studied with Richard Diebenkorn, Phillips expands on his teacher’s love of light, particularly the blue light of southern California. With this use of color and love of paint, Phillips engages history, both narrative and psychological. His ethos is evident in the choice of subjects; the meaning of “Narcissus” in today’s world; the photographer Mathew Brady, who rearranged his subjects in the name of a higher truth; the Renaissance painter Pinturicchio and the fixation on self. Rather than representing recorded histories, he explores inner lives, dreams, fantasies, and for many, secret wishes and desires.

Phillips’ paintings combine image and text and can be read in the larger legacy of Symbolism. His oil paintings and works on paper have a dream-like quality where forms morph and melt into one another. From his Sleeping Presidents series, beds become wondrous landscapes where dreams become real and where psychological narratives are enacted. Phillips is “devoted to the idea of being connected with something more than simply what you see or what you hear.”

Published works of writings and paintings include Ransoming Time: A 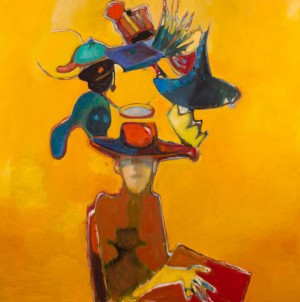